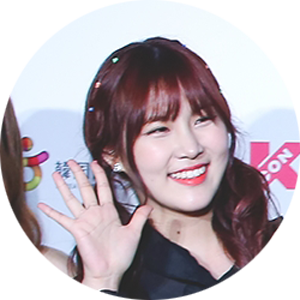 Yehana is from Ilsan, which is located in the north-west from Seoul, South Korea.

She graduated from the Seoul School of Performing Arts (SOPA), which is known for its many attending KPop idols.

Yehana is mostly called by the short version of her name, Hana, by her fellow members.

She is a very skilled dancer. Her specialty is dancing freestyle. She even was active as a backup dancer during her trainee days. She danced in Orange Caramel’s MV for „My Copycat“ and in Seventeen’s concert in 2016 for Hoshi’s solo stage.

Her fellow members call her the sunshine of the group because of her positive attitude.

She was given the stage name Yehana by her company because it means “Bringing all members’ thoughts into one.”

We love Yehana in the MV for "Wee Woo" for her cool styling!

All pictures on this page were shot by 나롱이 and made available under the Creative Commons License.