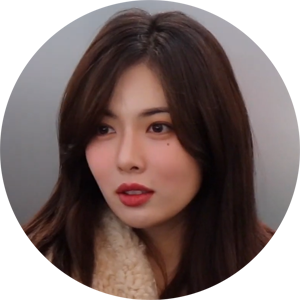 Hyuna was born in Seoul, South Korea. She has two younger brothers. Her parents are divorced. It is known that her mother owns a Coffee shop.

Hyuna went to the Choong Chun Middle School and later to the Korean High School of Music and Arts before enrolling into the Konkuk University. She speaks Korean, Japanese, English and Mandarin.

Hyuna wanted to become an actress when she was a child. She auditioned over 50 times but failed all of them. Then she became interested in dancing and succeeded in her first audition for JYP Entertainment.

Hyuna is a fierce dancer but can be quite shy off-stage. She is optimistic and hard-working.

Hyuna has many tattoos. The biggest one says: „My mother is the heart that keeps me alive” on her left shoulder, on her right shoulder she has „Faith“ in Hebrew, a cross on her left arm, a heart behind her right ear and she keeps getting more over time.

Hyuna likes to cook and watch movies in her free time. She is also interested in photography and taking selfies, which might be the reason why she uploads a lot of pictures on her Instagram.

Hyuna and other Idols

She is in a relationship with E’Dawn, whom she is dating since 2016. This news was published in 2018 and caused their project group Triple H to stop all promotions, leading to E’Dawn and Hyuna leaving Cube Entertainment.

Hyuna as an artist

Hyuna was part of several groups so far. She started her career as an original member of the girl group Wonder Girls in 2007. However, she had to leave the group in 2008 due to health problems with her stomach. She became part of another girl group in 2009: She was the main rapper of 4Minute until their disbandment in 2016.

She also participated in several project groups: in 2009 she participated in a dream group „4Tomorrow“, which was formed by Samsung’s Anycall Campaign and included various girlgroups members (Seungyeon of Kara, Uee of After School and Gain of Brown Eyed Girls). She was also part of another project girl group in 2012, their name was „Dazzling Red“ and she collaborated with Hyolin (Sistar), Hyoseong (Secret) Nana (After School) and Nicole (Kara). Additionally, she collaborated with Psy for his international hit song „Gangnam Style“ in 2012. The duo Trouble Maker (with Hyunseung of Beast) was active in 2011 and 2013, the trio Triple H (with E‘Dawn and Hui from Pentagon) was active from 2017 to 2018.

Hyuna also participated in variety shows. From 2009 to 2010 she was part of the first season of the popular show „Invincible Youth“ and a contestant in „Dancing with the Stars“ in 2011.

We love Hyuna for her charismatic performance in the MV "Crazy"!

All pictures on this page were shot by News in Star and made available under the Creative Commons License.